Although the chart continues to be powerful, new data from RESET certified projects allows to tell a fuller story about embodied carbon. 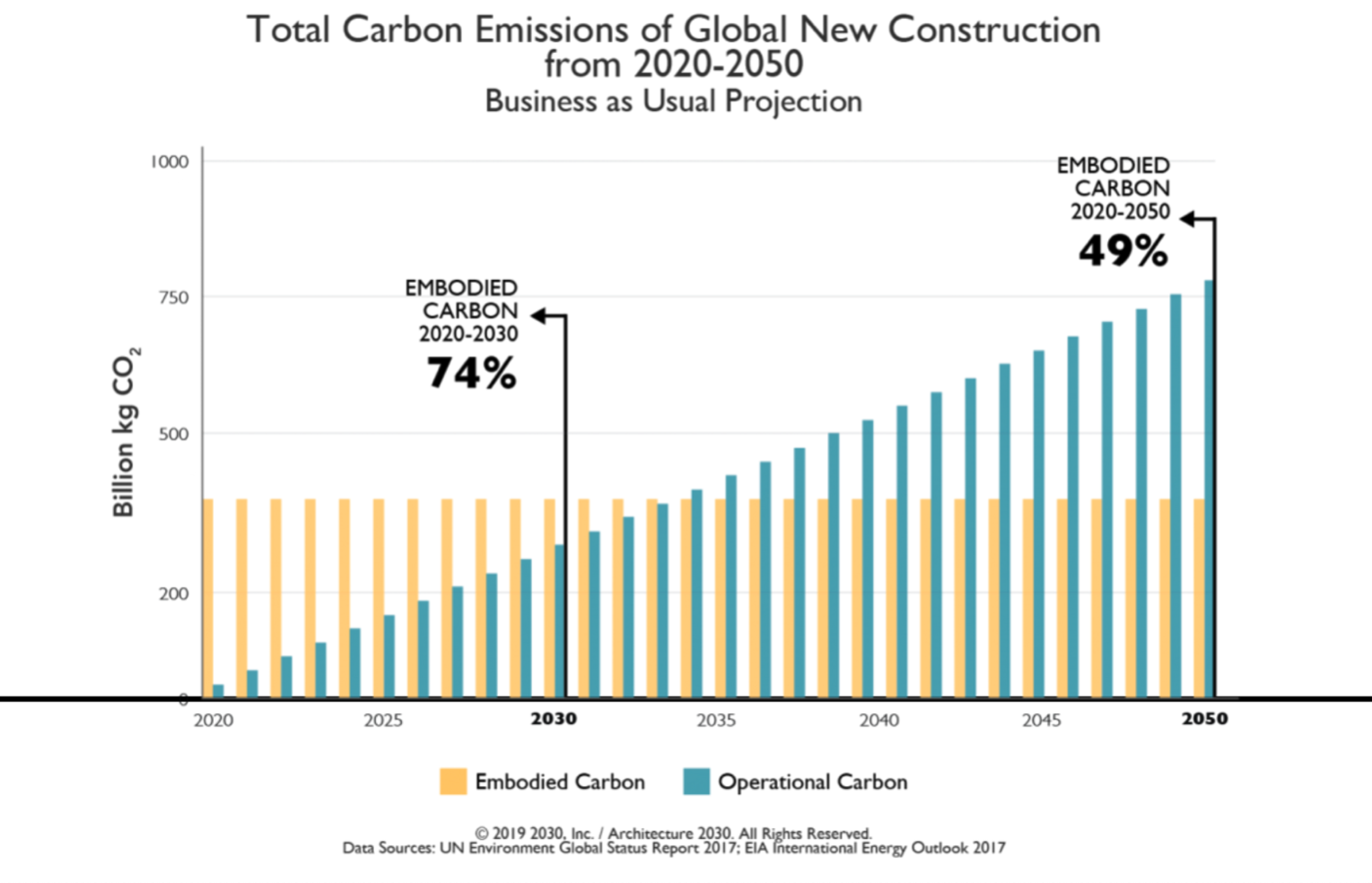 If you’re like us, the first time you saw the Architecture 2030 chart on embodied vs. operational carbon emissions you probably thought, “I’m not sure what this chart is saying, but it looks important. Let me stare at it for a moment and figure it out.”

The chart was and still is important. Since it first appeared, you’ve probably seen it in dozens of presentations on embodied carbon in buildings.

If you still haven’t taken the time to figure it out, it’s quite simple:

Although the chart continues to be powerful, new data from RESET certified projects allows to tell a fuller story about embodied carbon.

Over the life of a building, there are two types of embodied carbon that are equally significant:

To illustrate this, we revisited the iconic Architecture 2030 chart, making several adjustments: 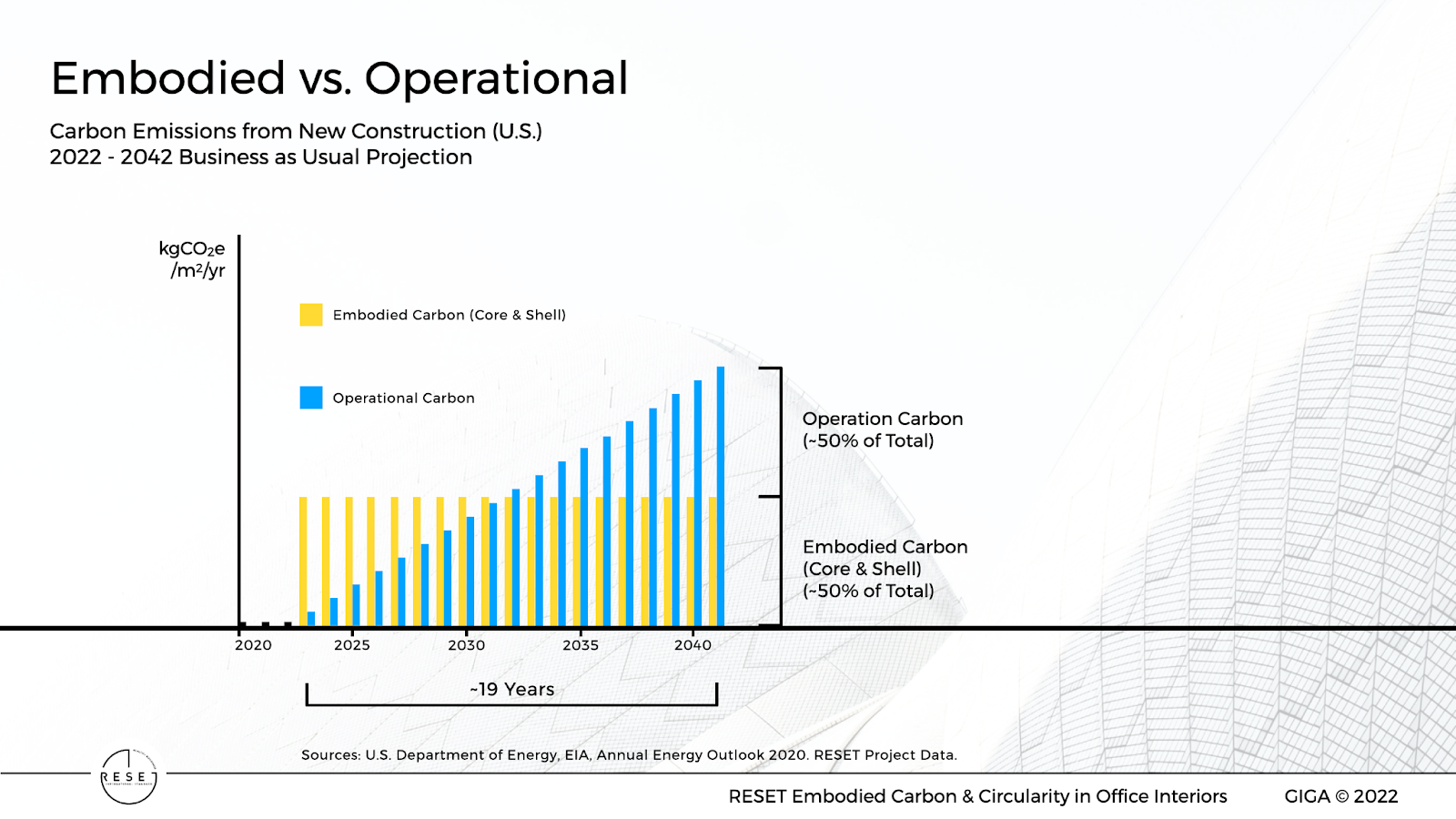 This new chart shows that for every square meter of office building constructed in the U.S. it will take about 19 years for carbon emissions from daily operations to catch-up with those from the construction of core & shell. 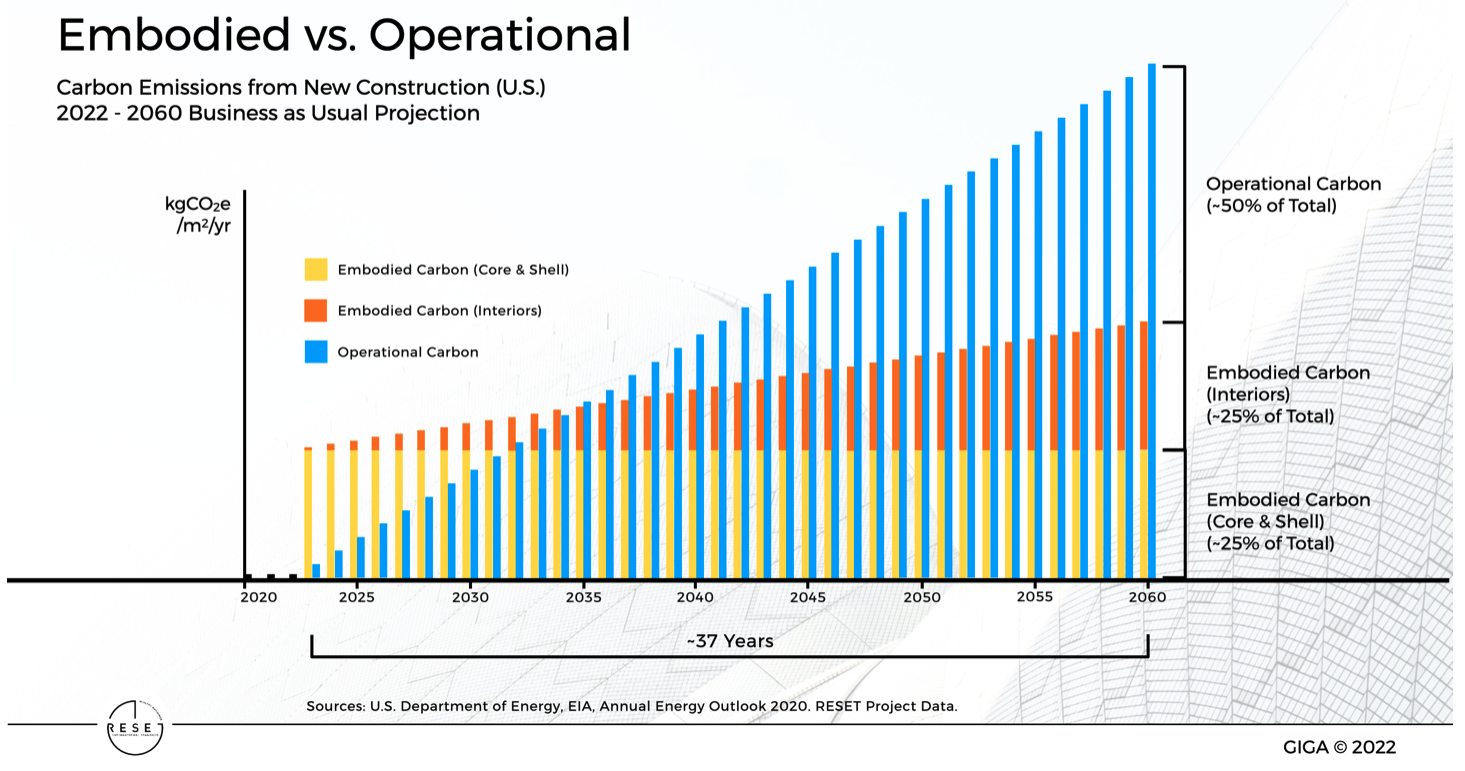 When the impact from interior fit-out is factored in, the time required for operational emissions to catch up with embodied emissions doubles, stretching to 37 years.

This new chart is also another way of showing that for certain sectors such as commercial offices, the impact from interior construction is more significant than core & shell when properly considered over the life of buildings.

As stricter codes and regulations are implemented for building operations - limiting energy consumption and carbon emissions - the significance of embodied emissions will continue to rise. They will also be harder to reduce, given the intensity of energy use required by manufacturing and construction.

For example, in a business as usual scenario, it currently takes about 54 years for operational emissions to catch-up to embodied emissions in New York: 17 years longer than the National Average. This difference will continue to increase as New York further decarbonizes its energy grid. 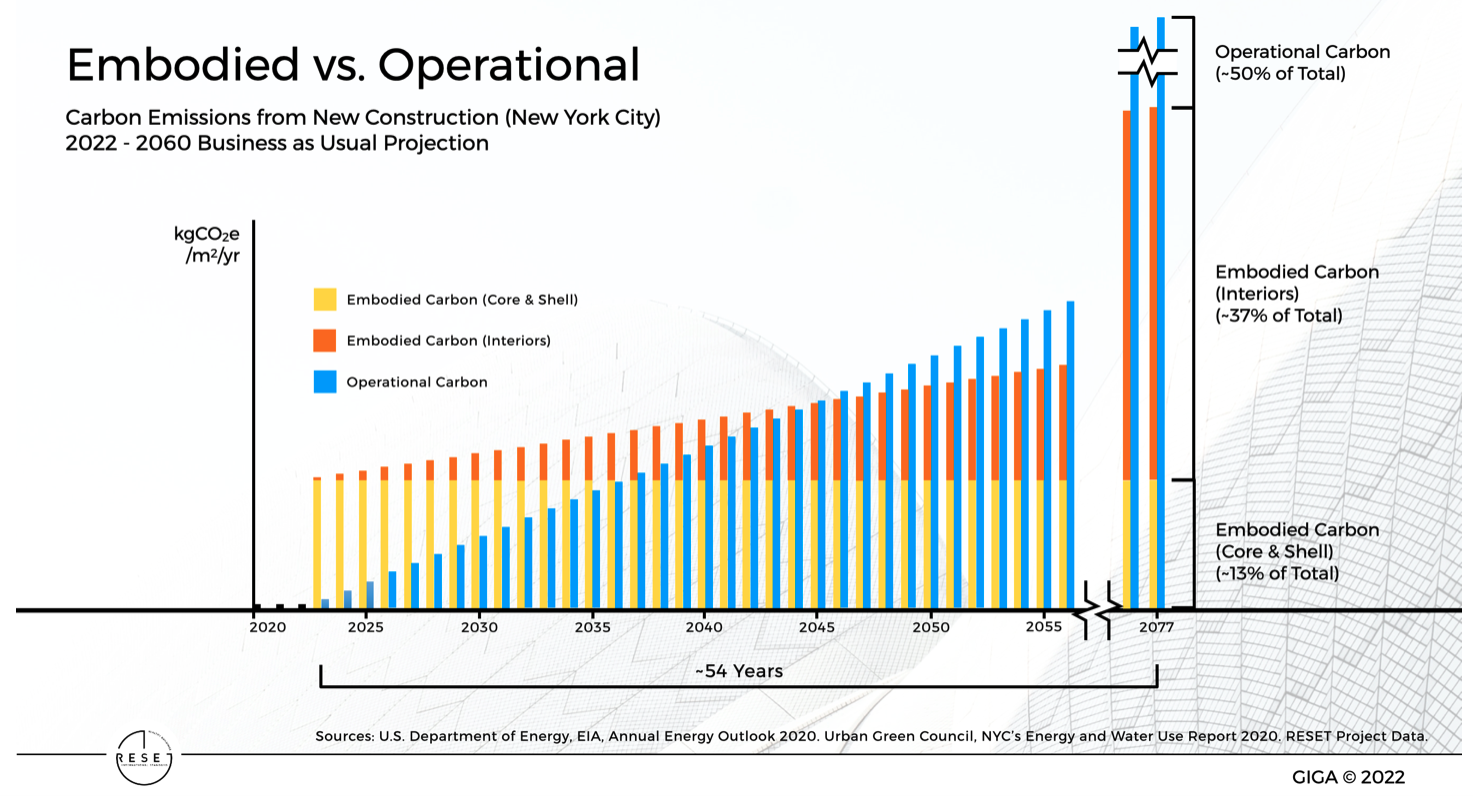 The takeaway is that the topic of embodied carbon in construction has largely been the realm of property developers and owners. It will now become the realm of their tenants.

For more data and graphs on the above, as well as a case-study that leverages the RESET Standard to reduce embodied carbon emissions up to 81.5%, download our recent report and case study:

Part 1: Embodied Carbon and Circularity in Office Interiors - Data from the RESET Standard

To stay connected, join our newsletter or follow us on social media.

UFC GYM, the RESET Standard and the quest for high performance gyms

UFC GYM is the world’s first gym to achieve quadruple accreditation from the RESET Standard.

When it comes to air quality, this team doesn’t play around.

Embodied carbon and circularity accounting data should be part of all real-estate portfolios that are driven by ESG metrics. #futureofwork #RESET

To learn more about what RESET can do for your business:

GIGA is an international organization that combines the development of building standards with research and cloud technology.